Bicycling Accidents Are On the Rise In The COVID-19 Era

Home/Bicycle Accidents, California Law, Personal Injury/Bicycling Accidents Are On the Rise In The COVID-19 Era
Previous Next

Bicycling Accidents Are On the Rise In The COVID-19 Era

With more than 10 million COVID-19 cases on record, Americans continue to seek solace in simple activities they can enjoy while physically distancing – and one of these is biking.

The ongoing bicycling boom has brought both seasoned and neophyte cyclists into the streets, which has also led to an unwelcome spike: the number of bike accidents. And while experienced cyclists are well aware of the perils of biking and trained to avoid accidents, the sudden flood of inexperienced cyclists has led to more bike collision incidents.

Bicycling accidents in the U.S. and California

Even before COVID-19, bicycling fatality statistics had been increasing. In October 2019, the National Highway Traffic Safety Administration shared a report summarizing key statistics regarding fatal motor vehicle accidents in 2018. Among its major findings is that although most vehicle occupant fatalities decreased from 2017, pedestrian and bicyclist deaths increased.

Based on the report, the number of cyclist deaths increased by 6.3 percent from 2017 to 2018, even as the total motor vehicle accident deaths decreased by 2.4 percent within the same period. The cyclist fatalities in 2018 totaling 857 is the highest in nearly 30 years, since the time 859 cyclist deaths were reported in 1990.

As California and the rest of the country attempt to balance the need to spur economic activity to a certain extent and ensure the safety and health of residents, more vehicles, bicycles included, are now back on the streets.

The closure of gyms and recreation centers has also encouraged more youth to engage in what are considered to be safer forms of physical activity. This has fueled the demand for more bicycles and appropriate facilities to ensure the safety of both pedestrians and cyclists.

However, not all places, counties, or neighborhoods have substantial bike lanes to accommodate the surging number of cyclists. This has driven cyclists to use highways and undifferentiated streets as well, thereby increasing their risk of injury.

Aside from injuries and deaths arising from crashes between bicycles and other vehicles, bike-on-bike collisions have also been reported. Even these types of accidents can be dangerous without the appropriate protective gear. In fact, some accidents involving fellow cyclists have resulted in fatalities.

Riding a bike is a relaxing, enjoyable, challenging, and physically exhilarating activity. Whether you do it for exercise, transportation, or both, cycling is a healthy activity that helps to improve fitness and endurance.

However, the problem with cycling, especially in undifferentiated roads and highways, is that it exposes you to the dangers of crashing into motor vehicles or objects that can lead to terrible injuries, excruciating pain, and even death.

Since most bicycle accidents involve cyclists crashing into larger vehicles like cars, motorbikes, and trucks, the injuries sustained by cyclists can be serious, debilitating, and emotionally scarring.

Below is a list of the most common injuries arising from cycling accidents:

The nature of cycling and the normal position required to ride a bike sets up cyclists for different types of head injuries. These injuries may come in the form of damage to the skull, scalp, or brain due to trauma. Of course, cyclists are required to wear the necessary protective gear, including helmets. However, helmets cannot provide adequate protection, especially in the worst collisions that lead to the helmet cracking or getting thrown off.

When this happens, head injuries tend to be severe, particularly if the cyclist incurs a head fracture, contusion, concussion, or intracranial bleeding. Some have suffered from brain injury that leads to memory problems, confusion, and cognitive issues.

Bicycle accidents can lead to loss of nails, fingers, toes, or other body parts. Most of these amputations are more or less permanent and may require surgery, therapy, and training to compensate for the lost limb or body part.

Since head injuries are common among cyclists, it follows that cycling accidents can lead to injuries on the face or facial soft tissues. These include maxillofacial trauma, facial bone fractures, and other forms of damage to soft tissues.

The eyes are particularly susceptible to injury as they are the most sensitive organs of the body. So, even if you don’t think you sustained any eye injury from an accident, make sure to get your eyes checked immediately after the collision.

You can suffer from cuts, lacerations, and bruises after a cycling accident. If your bicycle hits a moving vehicle such as a car, for example, it can lead you to lose control and balance, thereby causing you to fall or skid on the surface. When this happens, the dragging force can lead to soft tissue damage.

Cyclists are advised to wear protective gear, which typically includes elbow and knee padding, as well as body armor for injury protection. However, even these cannot protect you if you figure in a major traffic collision. Such accidents can cause fractures to the jaw, hands, wrists, arms, shoulders, neck, clavicles, hips, etc. You may be required to undergo surgery and therapy for rehabilitation and proper recovery.

Most abdominal and chest injuries involving the ribs cause damage to vital organs, such as the lungs, heart, and pancreas. These areas tend to get hit because of the force of impact, which can then lead to breathing difficulties and require surgery.

Again, due to inadequate protective gear and depending on the severity of the crash, you can experience various types of injuries to the tendons, muscles, ligaments, and nerves. You can suffer from fractures, sprains, strains, and dislocated joints, too. The most common musculoskeletal injuries involve the wrist and elbow as people instinctively use these parts to balance or shield the body from impact.

When the maxilla features or the jaws are hit, broken, or cracked, you can lose or chip your teeth in the process and experience other dental issues.

The emotional scar brought on by a serious cycling accident can last forever, which is why some cyclists find it difficult to go back to riding a bike even if they are physically able.

Post-traumatic stress disorder (PTSD) is a common form of emotional damage experienced by cyclists after bicycle accidents. If the accident is serious or fatal, they can experience sleeping problems, insomnia, guilt, mental anguish, anxiety, nightmares, etc.

If you experience these problems, you’ll need to undergo counseling and may need therapy as well as medication depending on the severity of your case.

Although bicycles generally do not pose a major physical threat to other vehicles, injuries that can arise from cycling accidents can lead to severe tissue damage and untimely death. Some cyclists end up comatose and eventually expire, possibly causing their loved ones to experience trauma and long-term financial troubles. 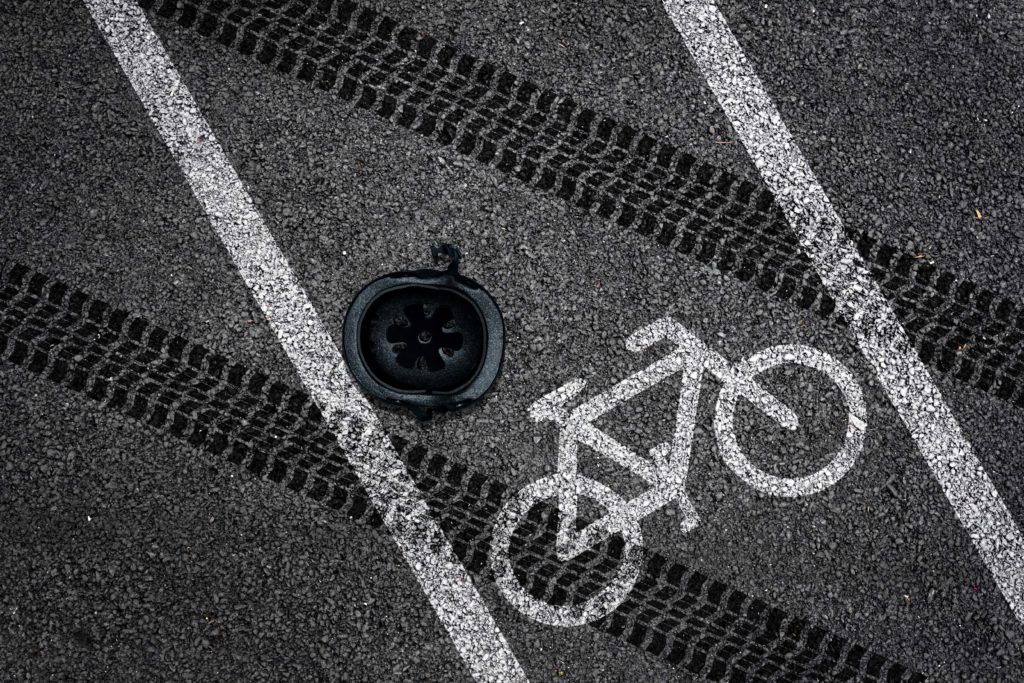 The Most Dangerous States For Cyclists In The United States

In the U.S., a report revealed that the top 20 most dangerous cities for cyclists are as follows:

Among all the cities in the country, San Francisco is considered the best place for cyclists, having high road safety and accessibility throughout its many neighborhoods. However, no matter how safe a city is, the need to observe and enforce safe bicycling practices remains.

Tips For Safer Bicycling In California

As more people embark on a cycling regimen for exercise, leisure, and even for their daily commute, it is now more important than ever to practice the following tips to keep the roads and streets safe for everyone.

But in case you get involved in a cycling collision even after observing all these cycling safety tips and you need to pursue a bike accident claim, please don’t hesitate to come to us.

Contact Quirk Reed to get the legal assistance you need from leading experts in bike accidents.