Self Driving Cars Pros And Cons

Self Driving Cars Pros And Cons

Cars that drive without the help of humans are quickly becoming a reality. But what are the real self-driving car pros and cons that people should be thinking about? Like any other issue or change that affects us all, there are conflicting opinions on the subject. Some believe that removing the potential for human error will make driving safer. On the other hand, others believe that it is merely exchanging one potential risk for another.

A Look At What Driving Really Is

For teenagers who are getting their driver’s license for the first time, driving is their first step towards freedom and independence. Unfortunately, for many, exhilaration turns tragic when they end up in a crash. Six teens between the ages of 16 and 19 die every day in this country and hundreds more are injured in car accidents. Why?

They lack experience and take risks from behind the wheel. The speed, get distracted easily and make mistakes in judgment. They’re confident in their driving skills even though most have only limited hours of driving experience under normal conditions.

Driving takes more than knowing how to start a car and use the gas and brake. Drivers must stay alert to the conditions of the road at all times. They need to know how to handle any unexpected situation as safely as possible.

Although teens cause the most car accidents, drivers with any level of skill and experience can still cause wrecks. That’s because they are human and prone to human error. Removing that element of driving is a key force behind autonomous cars. The technology that remained in the future for so long is already a reality on America’s roadways. As it grows, the debate continues between self-driving cars pros and cons rages on.

Some of the concerns people have are based on futuristic movies like iRobot or The Terminator. Movies in which machines become “self-aware” and turn on humans are frightening. But the reality of how autonomy works is much more grounded in science than in science fiction.

Self-driving cars are equipped with special software programs that control all the features of the vehicle. Algorithms allow the computer to make decisions about when to brake when to speed up, which direction to take, and how to steer. The software also uses sensors and connectivity to support safety features. The car uses data to make decisions instantly, even when complex driving situations occur.

Most autonomous cars will use high-precision GPS positioning systems. The car tracks the path to the destination, just like a sat nav would. However, the autonomous car will pilot you there automatically, rather than simply offering directions for you to follow.

Originally, experts predicted that millions of self-driving cars would be on the roads by 2020. The reason we’re lagging behind is that the technology didn’t arrive on time. The cars work on artificial intelligence (AI). While this area of technology has advanced in recent years, they need to be extremely sophisticated in order to deal with the surprises of everyday driving.

Autonomous carmakers have implemented testing, collected data, and searched for solutions that will keep everyone safe under any circumstances, and they have made significant breakthroughs. It’s taken longer to get to this point that expected, but the option to purchase an autonomous car is getting close. 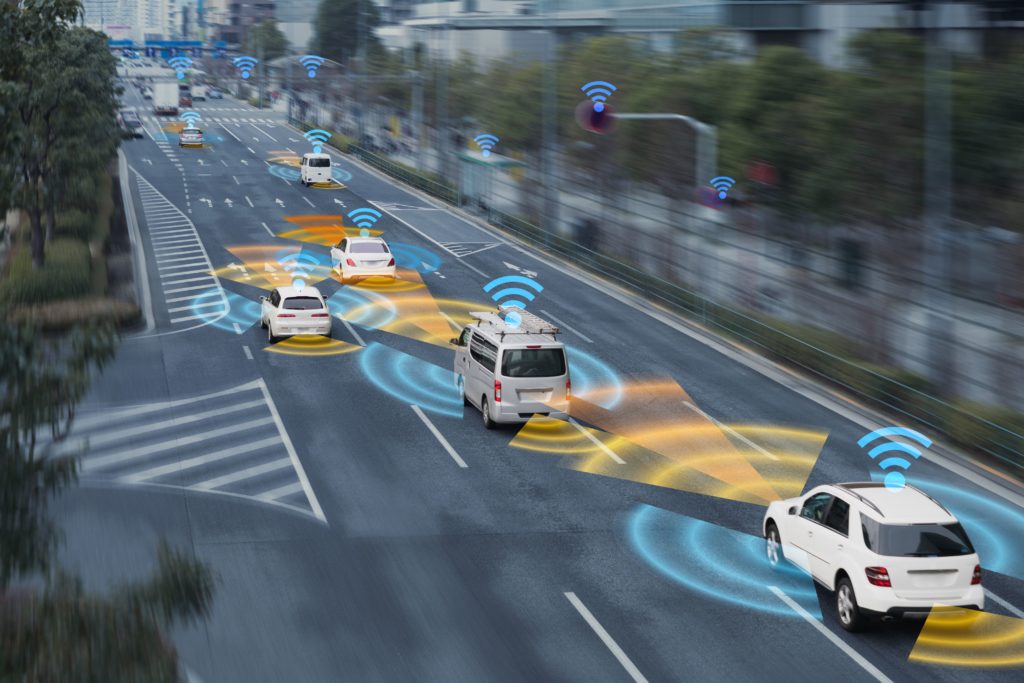 Some Pros of Self-Driving Cars

The primary benefit of self-driving cars is that they will help prevent accidents. But they will do this in several different ways.

Some Cons of Self-Driving Cars

It isn’t just the debate over whether autonomous cars (and trucks) will really improve safety as predicted. It’s also about the impact they will have on other areas of people’s lives, such as:

How Law Applies to Self-Driving Cars – the Pros and Cons

Things change as people and technology evolve. When they do, new laws and legislature are needed to accommodate them. Just as the business models of Uber and Lyft have changed the way we look at liability when a wreck happens, the same must happen in response to self-driving car wrecks. Even when the driver is a computer, someone built that computer, programmed it, purchased it, and put it on the road. If someone gets injured because of an error, someone is liable for their losses.

Every state has its own driving laws that include everything from how old drivers must be to get a license to the potential fines for breaking those laws. There are also laws about how liability is determined after a car accident and what types of compensation the injured person is entitled to. In those areas where self-driving cars become a reality, the laws will undoubtedly change to meet the new circumstances. But like other issues, these changes will probably happen over time after significant trial and error.

Where We Are Today – Legally

The testing of self-driving cars started in California. After two fatalities that occurred within days of each other, the state still expanded its testing rules in 2018. New laws allow for remote monitoring instead of requiring a safety driver inside the vehicle.

Uber, which suspended testing of their driverless cars in 2018 after a vehicle struck and killed a pedestrian, is set to restore their driverless car testing. Uber once again joins 65 other companies with authorization to test their autonomous vehicles in the state. The state began issuing permits for this purpose in 2014.

To date, twenty-nine states have enacted legislation related to autonomous vehicles including:

Some states have issued executive orders about the operation of self-driving vehicles while ten other state legislatures are considering state legislation. States have gradually added laws that invited companies to test self-driving cars, but what happens once they are no longer in the testing phase?

How Much to These Self-Driving Cars Pros and Cons Weight In?

New technology is almost always met with mixed reviews. People have different priorities and lifestyles that make them lean one way or the other. When considering the self-driving car pros and cons listed here, you might base your opinion on personal feelings. Depending on your circumstances, you might find yourself for or against self-driving cars, for a variety of reasons.

The legal issue is a different one. When accidents happen, the autonomous car isn’t automatically the guilty party. Many people assume that the self-driving car has malfunctioned and caused the wreck. The first step towards determining liability is by determining how the accident happened.

If the self-driving vehicle did cause the accident, more than one person might be liable. It all depends on which party failed to meet their legal duty to the injured party. Maybe a mechanic failed to provide the required maintenance of a company car. Their negligence makes them liable.

If an accident occurs due to a flaw in the software, the manufacturer is liable for any accidents the flaw caused. If an assistant-driver is present and fails to follow the proper operating instructions, then the liability lies with them.

There are few federal laws regarding autonomous cars and state laws differ significantly from one to the next. It is possible that the legislature related to the new technology will evolve slowly as we continue to learn more.

If you are injured in an accident involving an autonomous car, contact Quirk Reed. Our experienced personal injury attorneys can help you determine who is liable for your injuries and get you the compensation you deserve.